Winning combinations must start from the leftmost reel, and the same symbol has to be on every consecutive reel. Maximum win limit The maximum win in the game has an upper limit. For more information, see the Terms and Conditions. Wild: The Wild symbol can stand for any other symbol to make the best possible winning combination. Wild symbols only appear on reels 2, 3 and 4. Scatter: The Scatter symbol in the game is the Bonus symbol. Landing Bonus symbols on reels 1, 3 and 5 triggers the bonus round.

The Missing Princess ♡ a short story

Graveyard Bonus: The Bonus feature is triggered when 3 Scatter symbols land on the reels simultaneously in the main game. The reels are replaced with 5 rows of gravestones. Select a symbol from the nearest row to win a cash prize. If the selected symbol reveals Collect the feature ends.

During the Feature, an alternate set of reels is used. The bet per line and the active paylines remain the same as the play that triggered the Feature. Winning combinations for these reels are identical to the base game. During free plays, 4 or more consecutive cascades add additional free plays to the amount of free plays remaining.


The Feature may also trigger randomly at the end of a play that does not trigger the Feature and awards 7 free plays. Click the Start Feature button to start the free spins. How Now Sick Cow? Evidence for Expeditions to Punt - Cheryl Ward describes a significant discovery which reveals much about the seafaring expeditions to Punt from Red Sea ports.

Egypt, Eton and Birmingham - AE reports on a new exhibition of objects from the collection of Eton College, currently on display at the Barber Institute in Birmingham, and on how the Eton Collection is being temporarily divided in order for it to be fully studied and published. As Good as the Real Thing? An Egyptophile in Egypt Laura Ranieri offers tips, tactics and practical information to the tourist visiting Egypt for the first time. Part 2. Zimmerman looks at how morbid curiosity has been replaced by more scientific approach to mummy studies.

Tassie and Joris van Wetering reveal how and why a collection of Predynastic material has recently been returned to Egypt. The Egyptian Lodge in St. Helier - Mark Walker investigates a house in Jersey.


News from the Editors and from our Egypt Correspondent - A special extended report from the Editors and from Ayman Wahby Taher on recent developments in Egypt and on the damage to and theft of antiquities. Colour in Ancient Egypt - Research chemist Alan Reiblein takes a close look at the colours that decorated ancient Egyptian tombs, temples and objects, and at how they were prepared and used. Egyptomania Comes to China As W. Benson Harer Jr. Frogs in Ancient Egyptian Art - Magda van Ryneveld looks at the depictions of a small amphibian often heard in Egypt but rarely seen.

News from the Editor - Brief reports of some Egyptological activities worldwide and discoveries in Egypt. Revealing the Secrets of Dendera - Ayman Wahby Taher describes the temple he has known from childhood. Ancient Egyptian Shields - Bob Partridge describes the use of these vital pieces of military equipment.

News from the Editor - Changes to the familiar landscape of Luxor and its ancient monuments, and other Egyptological news from Egypt and the UK. King Ahmose 0 - French excavations at Karnak have revealed a new candidate for the founder of the Eighteenth Dynasty. With an update by the Editor listing the very latest finds. Was Tutankhamun Killed by a Hippo? 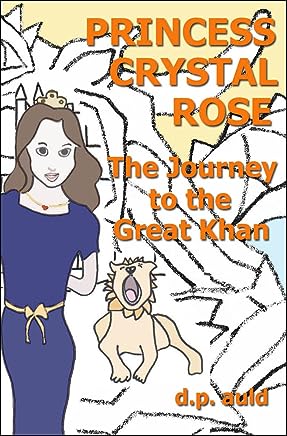 Two Notable Dwarfs - Dwarfs are often depicted in ancient Egyptian art and sometimes held important positions in society, as Sue Dykes reports. Beauty, Purity, Preservation and Durability Who Built the Pyramids? Was Tutankamun Killed by a Hippo? The Geology of Giza - Colin Reader points out that the body of the Sphinx can teach us much about the geological history of Giza. From the Editor - News from Egypt, the opening of the new Manchester Museum galleries, and a sad loss. Can You Play Senet? The Ancient Practice of Tattooing - The art of skin decoration dates back to prehistoric times, says Elisabeth Kerner.

Who Was the Father of Diplomacy? Hathor: the Golden One - In the fourth article in a series, Joyce Tyldesley tells us about the cow-goddess. From the Editor - Egyptological news from Egypt and elsewhere, some good and some bad. Technological Giants - Alan Reiblein explores the achievements of the ancient Egyptians in various technologies. The Belgian Excavations in Elkab - Raymond Betz summarises the huge achievements of the Belgian mission to Elkab during the past seventy-five years.

The Amarna Project - Prof. Barry Kemp brings readers up to date with the work of his team last autumn. Ancient and Modern Animal Care - Diane Woolley discovers that animals may be capable of choosing their own medicines! Images of Women from Deir el-Medina - Joanne Backhouse examines ostraca and figurines depicting the women of the village.

Crumbling Pyramids - An explanation for the collapse of some pyramids is suggested by Peter James.

Egypt at Pompeii -The inhabitants of Pompeii were evidently fascinated by the culture of Ancient Egypt. The Temple of Isis at Pompeii - Mark Walker describes this iconic building, compares it with Egyptian temples dedicated to Isis, and considers how it has been portrayed in modern fiction and on film. The Meidum Pyramid: Revisited - Colin Reader takes a fresh look at the ownership of the Meidum Pyramid and the theory that it collapsed in antiquity.

The Myth of Hypatia - The legend and the reality of the life of the Alexandrian mathematician, feminist icon and martyr are examined by Charlotte Booth. Egyptomania: Songs for Swinging Mummies! From the Editors - Egyptological news from Egypt and elsewhere. Annie Abernathie Quibell - Lee Young tells readers about the little-known wife of a famous Egyptologist, an artist who made a great contribution to Egyptology herself. Excavations in Front of Karnak - Salah el-Masekh describes the excavation of a massive embankment wall running from Karnak to Luxor and the discovery of an interesting New Kingdom stela re-used in Ptolemaic buildings.

The Cone on the Head and the Ba on Earth - Joan Padgham has a new theory to explain the meaning of the mysterious cones depicted in New Kingdom tomb scenes. Speak My Name! From the Editors - E gyptological news from Egypt and elsewhere. What did law mean to the ancient Egyptian? When and Why was the Great Sphinx Made? Peter Lacovara gives readers his opinions on the subject. Egyptomania for Ladies - In the first of two articles, Anne Midgley shares pictures of some of her favourite Egypt-inspired household items.

How Were the Pyramids Built? More Egyptomania for Ladies - Egyptianising design in fashion, jewellery, games and advertising is explored by Anne Midgley. The roots of Egyptian civilisation lie there, says Hilary Wilson. Mummification: all heart, no brain?